We are proud of our reputation in the Middle Georgia area. Here are a few reviews from some of our clients.

Exceptional first class service and wonderful honest people to deal with. What a winning combination. Fixed my irrigation problems and landscaping lighting issues. Our lake house is on the East Side and not convenient for them, but they always deliver and I am thankful to know I can trust and rely on them.

These folks are great. Came when they said they would. They were completely equipped and prepared. I am 100% satisfied with their work and price. They will now be our go to guys for irrigation and landscape work.

We had a major water drainage problem in our yard. Under ground springs had erupted and we were getting rain water from all the yards around us. Mr. Harris came immediately when we called for his help. He assessed the problems and made recommendations. He and his crew put in an underground french draining system that has worked so well. Our yard is now dry and the system continues to do the job. We also appreciated that he followed up and came several times to see how everything was working. I would highly recommend Harris and Company. They know what they are doing, are professional, and are hard workers.

Harris and Company is great! When we wanted to cut pines close to house and put in different trees and bushes, Jack came to our help with great suggestions. Our yard looks great! Bryan helped to rebuild wall on our bottom drive. Drain and restructure it. Everyone of the people working at Harris and Company are friendly and professional! We have been customers for many years.


Review By: Fred Jorgensen, Eatonton Ga.
Project Type: Repair of Irrigation System for the Spring of 2017,

Harris and Company installed a (6) zone irrigation system to our house lawn and it has operated flawlessly for the last (12) years. Harris and Company later installed another (3) zones when our property was cleared for more lawn space. Jack Harris has personally assisted me, via telephone, several times, on many questions regarding the functionality of our system and has been most gracious to help me out. Harris and Company recently responded to our call immediately and corrected a concern we had with our of our irrigation zones. The concern was repaired by replacing the diaphragm in our zone #1 valve. Jack is most knowledgeable with irrigation systems and has also worked with my wife and the master gardeners of Ga. If you want it done right and have some fun talking to Jack, I would recommended you call Harris and Company.

We have been using Harris & Company for three years. They installed a sprinkler system and the landscaping a few years ago. Since we’ve been using them our place looks better than it ever has. I am always proud of the way our home looks now. Their crew is always professional and treat the yard as they would their own. We are very happy with their service and would definitely recommend them.

We first met Jack Harris in early 1997 at which time he installed an irrigation system for us at our Lake Sinclair home. The system that he installed is now over 18 years old and has performed exceptionally well with only minor routine maintenance. In 1999, we had Jack Harris install a 4-inch drain with a sock pipe to help us prevent water from flowing underneath our house during heavy rainstorms. A few years later, Jack installed a trench drain system to further help eradicate rainwater coming down a steep slope behind our house.

The summer of 2015, we contracted with Jack and his son Bryan to level our yard after septic tank work had been done. They reseeded the disturbed dirt with grass seed and planted some shrubbery where we had removed some diseased red tips.

Jack and Bryan are very professional and reliable. They are honest and perform their work schedule in a timely manner and the price of their work is reasonable. They have always been very responsive to any phone call or request that we have made.

Harris and Company has done excellent work for me over the past ten years, from residential to large commercial irrigation and landscaping jobs. They do it right the first and they service what they sell. I recommend Harris and Company to anyone who wants headache free work done.

The two of you and your crew have provided excellent service to me over the years and I would like to say “Thank You.”

It all started with my purchase of 2.5 acres of land on Nancy Branch Rd in October of 2011. I had hired someone else in November of 2011 to partially clear the land in a certain fashion at a fixed price and was left in December 2011 with a lot of headaches.

Harris and Company was recommended as a firm that could finish the job right. Jack and I met on the land in January 2012 and I gave him an idea of what I wanted to accomplish and he got busy. He got me in touch with the correct County Officials at Code Enforcement. I had an Erosion Control Plan drawn up by Phil Chivers and I submitted it to Code Enforcement, Baldwin County. By 26 February 2012 the land had been contoured, root raked, erosion control fenced per the Erosion Control Plan, seeded with rye, centipede, and carpet grass, and Bryan had installed an irrigation system for me consisting of over 108 sprinklers to cover the entire 2.5 acres. Bryan’s technical knowledge about irrigation controllers, wiring, valves, heads, pumps, plus his ability to determine adequate water flow necessary versus actual are the best that I have ever encountered. I recommended him to others and will continue to do so. He is the best!

When the first rains came and the runoff was red, Jack held my hand and showed me it was colored because of the red soil with little or no silt. By March 3, 2012, the rye grass was up and starting to grow. By April 21, 2012, we had a good stand of rye grass over most of the area and I had planted 20 gardenias, purchased thru Jack, across the Nancy Branch road side of the property and up the north lot line . It looked beautiful to me! By October 1, 2012, the centipede and carpet grass were starting to show up; and Harris and Company had located, purchased, and planted 13 each Cleyera Japonicas, each five to six feet tall, behind the gardenias along Nancy Branch road. Since then Jack has helped me locate, purchase, and plant: 50 ea 3gal azaleas; 6 ea Autumn Blaze Maple trees,8-10’ tall; 8 ea Yoshino Cherry trees, 7-8’; 3 ea Tulip Poplar trees, 6’ tall; 3ea pear trees, 5-6’tall; centipede sod and 10 ea Burfurdi Hollys; 7 gals ea. All of these plants are alive and thriving. Bryan has moved and replanted numerous boxwoods and azaleas that are also doing well. The care they take while planting not only speaks well of Jack and Bryan, but of the members of their crew. They are also neat and tidy.

My 2.5 acres are doing well and just getting better. 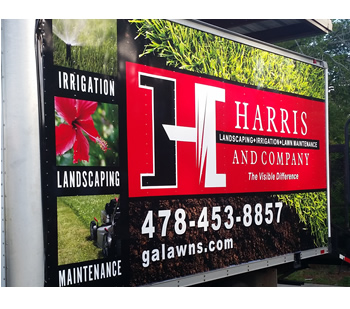 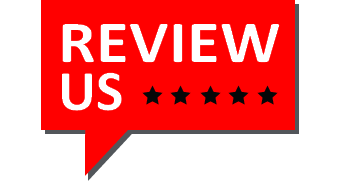